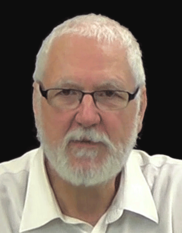 If not now, when?

I can pin down the exact moment when all this started. I was 19 at the time, attending a lecture on modern advertising techniques from an expert on communications. I listened in amazement as he described the hidden world of social manipulation of which I simply not aware. In a way it was a flashback to an insight at a dress rehearsal for high school graduation: the vice principal said we should do something, but the principal immediately vetoed it, saying that it would destroy control. How he knew this, I do not know. But clearly he knew more than I did.

Up to this lecture, my main interest was mathematics; after the lecture, it was communications. I simply had to understand what was really going on, for my own understanding was superficial at best. But talk about being a fish out of water, i.e., trying to understand social and political dimensions of human living with a mathematical mind.There was the problem of dealing with a minor transcendent experience, a moment frozen in time throughout the universe of pure awareness.

But there was another problem. Or perhaps two problems. The first was that I had a high degree of respect for the sciences where, as far as I was concerned, reason ran rampant. This stood in sharp contrast with socio-political affairs, where reason seemed to play a very small role, if any. The second, which took me a long time to grasp, was that I had a very open personality, so much so that it placed me within a creative minority. "Thinking outside the box" came easy to me; thinking inside the box did not. Having to accept the bounds necessary for joining any professional group ran at odds with a mind that sought to go beyond institutional strictures to underlying philosophical and theological realities. I had to know, based on my own insights rather than those of others. It was both a blessing and a curse.

Eventually I ran into the problem of distinguishing between progress and decline. Under what conditions is it possible to create a truly self-renewing society experienced as a series of cumulative improvements within which human beings can flourish? Is it possible if indeed not likely that what we think is going on really represents a naïve understanding of reality?

Any society, if it is to function and function well, depends on a common appreciative system to self-regulate any number of people. When this breaks down, so does the possibility of common cause disappears. If allowed to reach its ending point, society itself becomes so fragmented that the only way to get things done is the naked exercise of power--and even those plans and policies can be deadlocked by other participants.

But what makes sense? The origin of this quest goes back to high school graduation exercises where the school's principal and an assistant teacher had to put our graduating class through its paces. At one point, the teacher makes a remark to the principal and the principal's response still echoes in my mind: if we do that [as you suggest[ then we will lose control. At that moment I had an insight into human understanding that has haunted me ever since, for at that moment it was crystal clear that his understanding of what was going on was far deeper than mine. He could make that assessment when I had no idea of why in his judgment it was so.

Related to this was another prior insight of a few years earlier that also had to do with human knowing. The question was, If you put a caveman down next to a modern road and a car went past, what would the caveman see? It was clear that while he would experience something passing by, what he experienced could not be understood as being a "car." In the world he came from, no such thing as a car existed. So what would he see? A howling dragon with red eyes and smoking tail?

There are three things that I hate, descriptors that really do not like to face as part and parcel of who I am: creative, prophetic, and scholar.

I really don't like "creative" people; I find them pretentious and self-absorbed. But I suspect that this is little more than a projection on my part of something about myself I don't like. The truth is more along the lines that I'm deeply creative and self-absorbed but to exercise this I need a highly routine and uncomplicated life.

Prophetic? Again, there's a deep reaction against anyone that claims a special knowledge of the future. Yet the very pursuit of a deeper understanding of what is really going on brings with it a knowledge that can only be called prophetic.

A scholar? I dislike such specialized intelligence that becomes identified with an "ivory tower" mentality in which large parts of reality are ignored in the pursuit of specialized concerns. Yet at the same time what I try to do is deepen my understanding of the philosophical and theological grounds for the positions I hold, something that again derives from the understanding that there's always something deeper at work that one needs to understand if one is to act in a reasonable and responsible fashion.

Ultimately, it is in quest of a Divine Mystery operative not only in human affairs but at the core of one's being. It is in search of a unity of being, of pulling things together into a coherent whole, that continues to take up most of my reflective time. This is a personal journey, not beholding to any institution be it educational or otherwise. Where I live is at the edges, an interesting place to be for it allows for greater flexibility when it comes to trying to understand what is going on, but also rather difficult having neither social status and through that access to resources.

There are three educational experiences that have formed who I am. The first is a Batchelor's degree in Design from the Nova Scotia College of Art and Design, an exploratory field quiet different from the rote learning typical of undergraduate work. The second is two years in Environmental Studies at York University, never completed yet providing access to the institutional field work of Otto Friedman. And finally, a M.A. in Theological Studies, Concordia University, where Lonergan's Method in Theology was a required course and theology an interesting exposure to the transcendental realm of meaning.

In the meantime, body and soul were kept together via a low-level unchallenging job that allowed for the flexibility and reflective time for all this to gel. Being retired has allowed me to pursue an avenue of research at the Lonergan Center for Ethical Reflection, where Professor Christine Jamieson has support all those studies that form a part of this web site. Without her, and the active team of 4-5 people who have rotated in and out over a twelve years period, this work would never have seen the light of day.